Natural Elements – Wind is the third in the series on the natural elements. 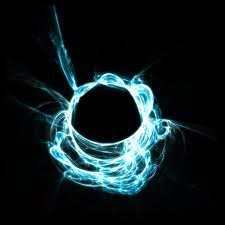 My philosophy on Wind is not about what we see, rather, what we do NOT see. That is, cause and effect.

We do not see wind, instead we see it’s effect and that effect can last forever. Like the other elements of fire and earth, we use terminology in our everyday language.

We may use phrases such as ‘winds of change’, ‘an ill wind blows no good’, or ‘being a big wind’ referring to someone with the attribute of being a big talker.

We also use the analogy of bending in the wind like a tropical palm, boughs on a willow etc. meaning to be flexible. Then we have the poetical ‘winds of change’ as we face our destiny.

At times we innocently say things with an effect not only unseen but cause an enormous effect on people around us. here are times we may not realise the greatness of what we have said, nor the impact, but like the wind, it blows and flows freely whenever and wherever and it can create an unexpected impact which is so far-reaching it is almost not even imaginable.

In 1973 the United States via NASA launched its first space station named Skylab.

Skylab was used for science experiments, photography and communications.  Unfortunately Skylab was damaged during the launch and this shortened it’s life and was brought back to Earth in 1979.

To decommission and dispose of Skylab, NASA’s plan was to destroy Skylab by setting a trajectory into Earth’s atmosphere to ensure the craft would disintegrate with the intention of crashing into the Indian Ocean off the west coast of Australia.

Naturally, both the United States and Australian Governments worked in tandem on this project in the same way as they worked together on the Lunar Landing.

As an important part of the decommissioning, the United States were to download all the data, including current and past recordings of communications stored in the on-board  and Earth based computers.

Because of the shape of the Earth and time zones, the downloaded data was first heard by the Australian Government telecommunications technicians who then relayed it to the United States Government (the same as the Lunar Landing [which means that Australian scientists were the first people on planet Earth to hear the famous words “The Eagle has landed”]). Co-incidentally, engineers in Honeysuckle Creek in the state of New South Wales were the first to see the first step on the moon, for 8 minutes.

As the communications data was being downloaded from Skylab, the Australian technicians found they were listening to Morse code, aircraft communications, two way radio voice messages and phone conversations to and from ships. Often the ship and plane names and identification codes were mentioned at the beginning and end of the communications. One particular technician had a ‘gut’ feeling that these transmissions did not sound like normal transmissions of ‘the day’.  I was there.

The data download was slow and the technician decided to investigate what he was hearing. His investigations revealed that the Morse code and voice communications was from World War II aircraft and other Morse code and two way radio (ship-to-shore) and some phone conversations came from merchant and passenger ships that were so old, they no longer existed. The technician had also researched historic shipping records.

However, what does this have to do with wind and what we say?

Every word we say, utter, mumble, shout, sing, cry etc. keeps on going forever. All threats, abuse, words in anger, war cries, gun shots, bomb explosions, expressions of pain, love, prayers, song, music, television commercials, the X-Factor  and that golden oldie Days Of Our Lives television show all continue to exist forever as does the effect of the sound of wind.

Can you still hear in your mind the sound of the wind brushing the willow boughs at the bottom of grandmas garden when you were a kid? It is not only a memory. The sound of the wind from those days is still circulating, it may not be heard, but it still exists in our atmosphere.

As I said before, there are times where we may not realise the impact of our words.  Remember the wind, and the science of communications, the wind blows whenever and wherever. Sound does not die, it continues on for eternity. Thus, the impact of our voice and words are so far-reaching it is almost not even imaginable.

The next time you feel like saying something judgemental, nasty or angry to get back at someone or make a speech, think carefully about your words and language because whatever you say, it will indeed last forever.